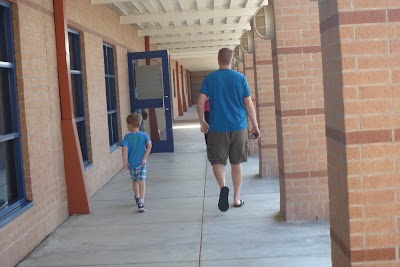 They had an open house before school started that we visited. 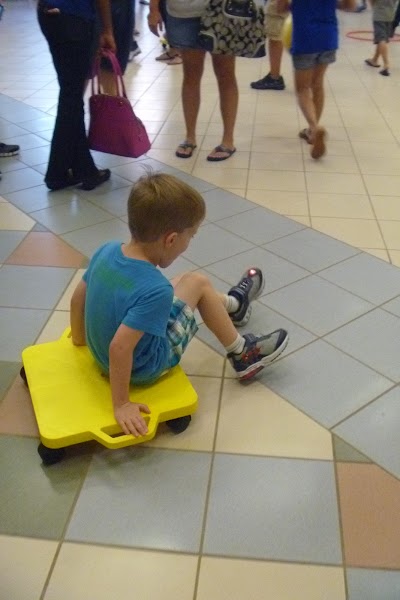 They had these little carts in the cafeteria the kids were playing on. 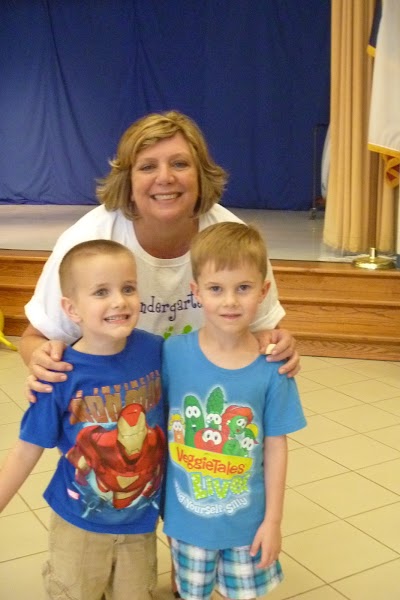 Levi and his friend from church, Nathaniel, are in the same class with Ms. Felio as their teacher. 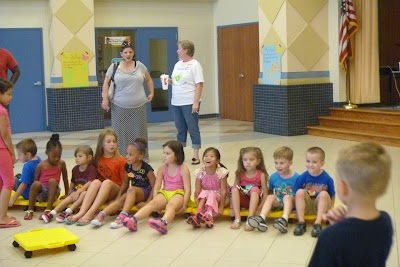 The little carts link together, which led to lots of fun. 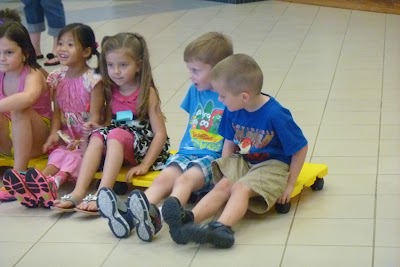 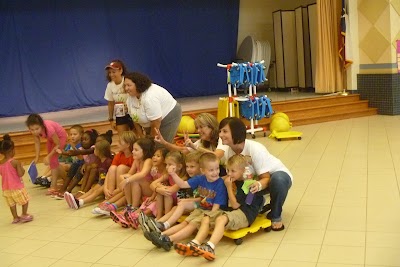 The teachers got in there for some pictures 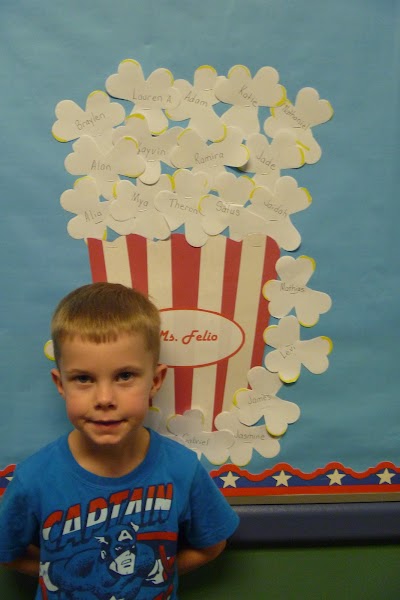 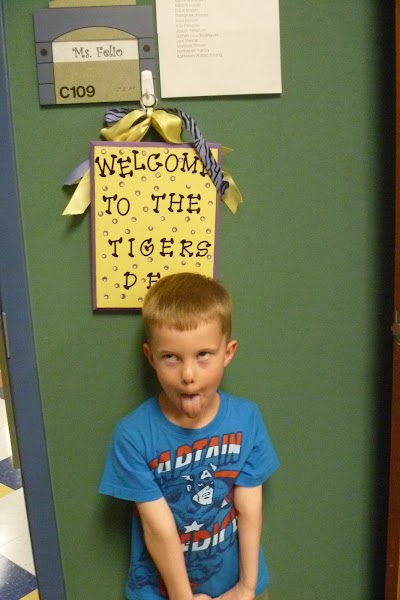 Silly face outside his classroom door. 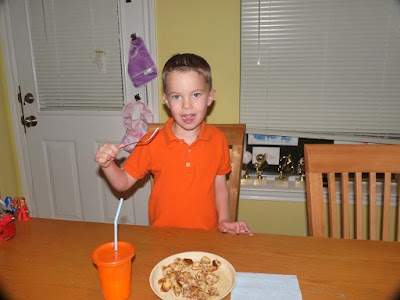 A healthy breakfast for his first day. 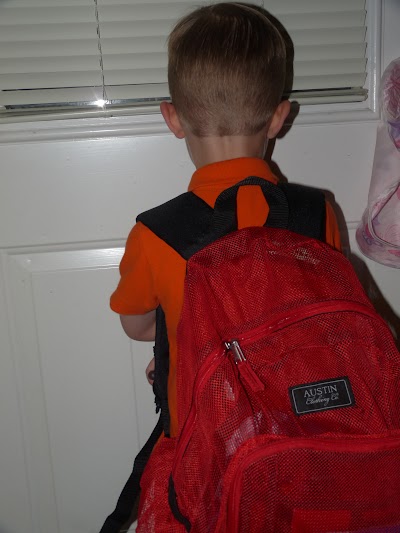 He didn't want to take a picture with the sign 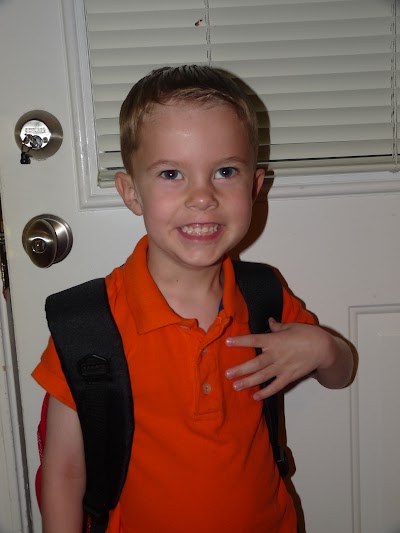 He eventually did take a picture though 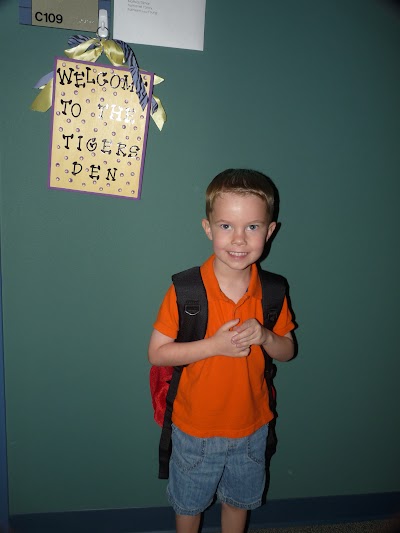 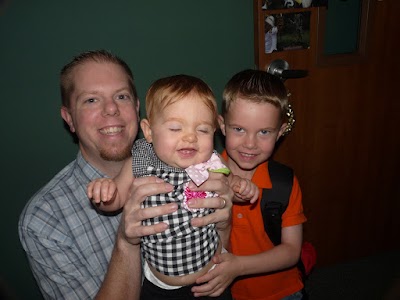 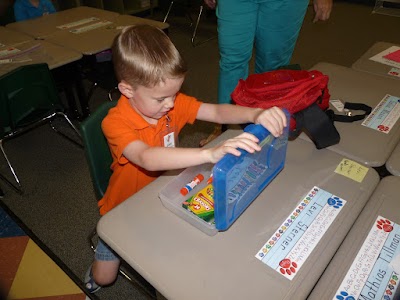 Checking out his supplies 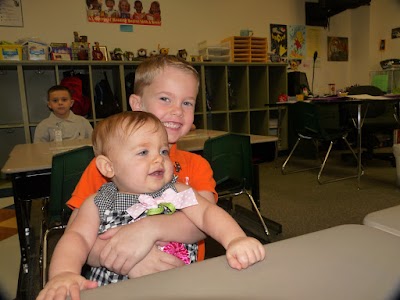 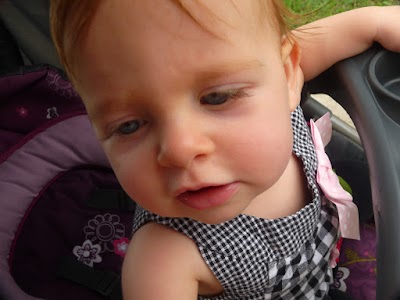 Waiting to meet brother after his first day. 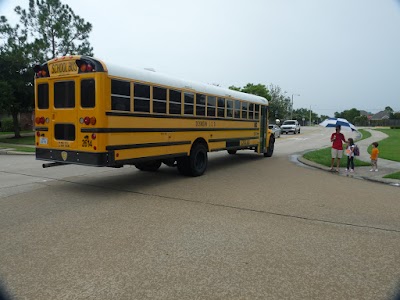 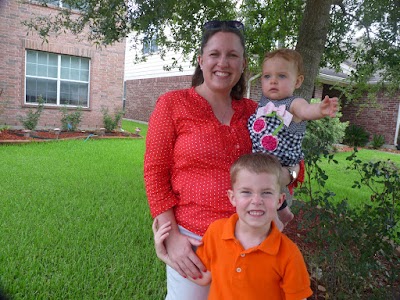 After a good first day. 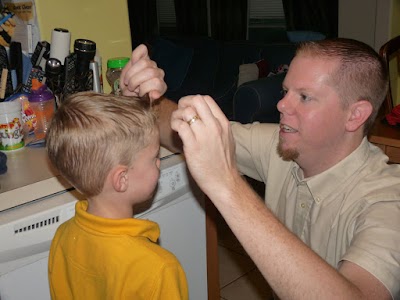 Getting ready for day 2 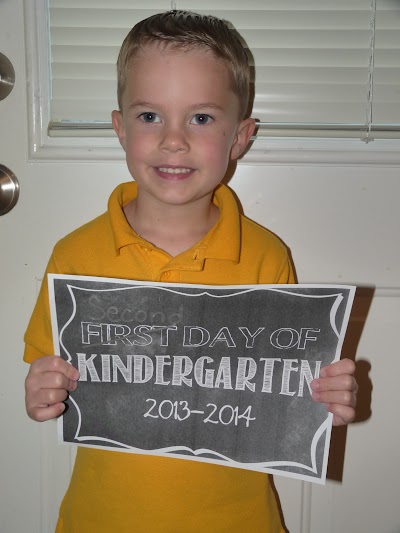 He posed with the sign this time, a day late.